Still working on the setups and hopefully some custom printed scenario maps to take with me.

In the meantime, I've managed to take a look at G46 Triumph Atop Taraldsvikfjell (I cannot believe I managed to type that from memory) and I was obviously thinking of a different scenario. I looked at Board 2 under VASL and thought about both defence and attack.

In any case my Round 1 picks are now:


1. AP08 A Bloody Harvest - Board 43 - From the original Action pack, I've played this a few times over the years, so it's a solid and dependable choice. The errata exchanging the original two Polish LMGs for Assault Fire makes this scenario just that little bit tougher on the Polish player (eliminating 2 potential fire lanes), but it's a good scenario all the same.
2. G46 Triumph Atop Taraldsvikfjell - Board 2 in winter - Ground snow is the only real terrain SSR so that's a point in its favour. Straightforward, pretty mundane, but it has FFL and Norwegians vs a real Curate's egg of Gebirgsjäger and rear echelon deskjockeys. I'd be tempted to take the Germans at first glance, and wouldn't want to give the German player a third leader, especially a 9-1.
3. G40 Will to Fight...Eradicated - Board 12 - You can never go wrong selecting one of the original WCW pack as your #3 pick. The only reason I'm not putting this at #2 is because I have played it several times previously. The downside to this scenario is the amount of SSR defined terrain changes and overlays. If I knew how to print out a decent copy from VASL I'd do it that way and it'd be my first choice. 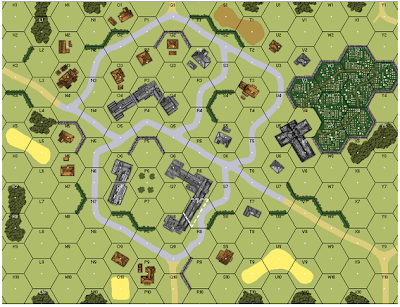