John's last day before he headed off back to Taiwan and we managed to get two scenarios done in the day, a nice way to round out John's visit. Helps that I won a game or two towards the end which brought my win loss record for the week to 4 and 5. I can live with that, John's still a very good player, so anything better than a 33% win ratio is good as far as I'm concerned.
The games:
Posted by Peter at 5:58 PM No comments:

Some ASL was played...

The end of the working week and things are just percolating along nicely...I'll probably start planning a much more focused attempt at getting some painting done in the evenings for the next few weeks as I get ready to end my current contract. I bought an el cheapo table for gaming with John which is pretty well perfect to use as a painting table in the evenings and is basically low maintenance. Played another scenario tonight with John: Monty's Mess from the Out of The Attic set. It must be just my familiarity with the subject matter and terrain that makes me view everyday type ASL scenarios set in Arnhem - Oosterbeek on geomorphic boards with a degree of scepticism and even a bit of a yawn.
Posted by Peter at 4:58 PM No comments:

John's last day before he headed off back to Taiwan and we managed to get two scenarios done in the day, a nice way to round out John's visit. Helps that I won a game or two towards the end which brought my win loss record for the week to 4 and 5. I can live with that, John's still a very good player, so anything better than a 33% win ratio is good as far as I'm concerned.
The Games:
Posted by Peter at 5:22 PM No comments:

Came home from work today to find my copy of the Critical Hit 1997 Special Edition had arrived from Canada. I bought this purely for the Dzerhezinsky Tractor Works content and I'm happy enough with the price I paid, given the issue is long out of print. It was interesting to see that there was some extra material for Platoon Leader 2.1 which I can easily retrofit into PL2.5a if needed.My next order of business is to get hold of the actual module for the Tractor Works so I can go ahead and look at correcting the issues of play balance and clarifications that personified this particular era of Critical Hit. Now all I'm looking forward to is the arrival of Issue 7.3 and Stalin's Fury over the next few days - My copy of CH's Hell's Bridgehead is waiting on confirmation of the availability of Issue 6/4.
I'm pretty sure I'll be purchasing a few more products over the next few months, probably just to catch up with things again, but I may go nuts and get hold of the Berlin module because I'm such a nut these days about Historical map sheets.
You'd think that a small module with only four scenarios would not be amongst my must buys, but Action at Carentan is definitely on my must buy to play list. That and Journal number 7 which has a lot of very enjoyable, smaller yet intriguing scenarios are probably going to feature a lot in any face to face games I get to play over the next few years, with the latter being probably the dominant series of scenario choices for VASL.
Posted by Peter at 4:37 PM No comments:

Return to the gaming table

I've not had any time to spend on figure gaming of late, all my energy has been devoted to boardgaming and work. The resurgent interest in boardgaming arises out of the visit by my longtime ASL buddy/opponent and good friend John Knowles. These yearly visits are my sole source of ASL face to face play these days and they tend to regenerate my enthusiasm for the game.Whereas in past years, John and I have looked to play scenarios we've not played before just for the sake of playing something new, this year (as pretty much we did last year) we decided to pick and choose the scenarios with an eye to not overextending ourselves. One of the reasons we were a bit more circumspect is that this year I was working during the day while John was visiting and I switched from afternoon to morning shift which meant late night gaming and full immersive ASL was out of the question.

This year we selected the majority of our scenarios with an eye to timing, size and situational perspective. The days of scenario choice determined by nationality are gone , these days we're far more interested in how the scenario is crafted and how the interaction of VCs and Board choice works. Journal 7 is new to both of us, so I didn't take much persuading to look at playing a few scenarios from it, especially with Board Y available.

John and I are of the same mind with regard to scenario parameters, not having much interest in the ultra-mini scenarios nor in all armour scenarios. As far as we've worked out, anything less than 5.5 turns, with less than 10 squads per side (counting vehicles as 2 squads) is just heading outside our comfort level of interfacing skill and chaos/friction.

We've found the tiny scenarios so beloved of Schwerpunkt and other TPP to be not that enjoyable, particularly as they're usually far too dependent on the vagaries of the dice, usually one dice roll having an out-sized influence on the outcome. This is particularly so when dealing with scenarios that feature single vehicles with special capabilities or ordnance.
Posted by Peter at 4:34 PM No comments:

Email ThisBlogThis!Share to TwitterShare to FacebookShare to Pinterest
Labels: ASL

Okay so my ordering hasn't quite finished yet...the consequences of having to spend  a day at home sick or rather unable to leave the house for extended periods of time.So here's what I'm looking to buy this month including stuff that is on its way already:

Critical Hit:
Possible additional stuff coming:
I've pretty much decided on the three webshops I'll be using: Sentry Box in Calgary, Canada; Gamer's Armory in the US and Warchest in Australia as they've all been really responsive to orders and requests and they're gamers as well as being smart businessmen (read Professional).

Nothing like someone who understands that you are shopping around for the fastest delivery rather than best price - I hate stuff being on back order, preferrring to order something that I know is in stock. Unfortunately as I'm currently looking at OOP items in the main, this means I'm subject to a much more limited selection. The key here is minimising the shipping as much as possible by ordering multiple items from each. However I've also got to take into account that each retailer has different products in stock. :(

Oh well. At least I'm going to get a lot of VASL time out of this.
Posted by Peter at 4:28 PM No comments:

The Bells of Hell Go Ting a Ling Ling

So work's been busy as all getout lately. That hasn't stopped the deliveries of goodies from parts elsewhere thankfully, I'm now at the point where I've got 95% of my boardgame collection stable with very few more purchases needed. I finally got hold of the Stalingrad maps I referenced a while ago, and sure enough there's a significant difference in area covered betweren the large hex and the smaller hex versions, the latter actually reaching to the Volga.How did I pick these up? Through the auspices of Warchest in Melbourne, Australia. Must say I'm every impressed with the service from him. Fair prices to boot.

I'm going to end up with some duplication of mapsheets but that's no hardship as I'm sure I can find a use for them. So basically all I'm after now is the original DTW module with its 2 Campaign games  and four scenarios and the 97SE with the Grain Elevator scenarios/CG. The latter is on order already from The Sentry Box in Canada, and I may have scoped out a copy of DTW although I'm paying the OOP premium :(

I also picked up one of the lesser items on my want list - a copy of the old Area-Impulse ACW game, They Met at Gettysburg which has a poor reputation but surely can be salvaged.

I even started playing some ASL again, Stalingrad natürlich, with my old adversary Jay White. We're now on Turn 3 of our game that was interrupted by me getting sidetracked by real life, and so far it's been one crazy rollercoaster ride once again, with the highlight for me being the critical hit I scored with a Molotov-Projector on one of the two StuIG33Bs Jay is fielding. One flank is almost completely secure through the blazes that have started up. 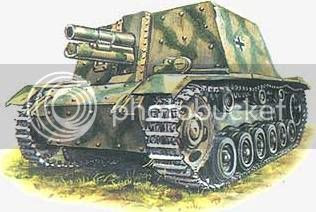 Anyway I really need to take some pics again (I've been slack - no change there) and posting again
Posted by Peter at 3:33 PM No comments: