After 5 years of working with this same PC setup of 1gig of RAM, 120Gigs of storage and a 128meg graphics card, I've hit the wall. I needed to do something to tide me over until I get a new PC post ASLOK (see, there is ASL content) so I went for the easy option. Keep the case, Mobo (Gigabyte K8fn7) and CPU (AMD 3200XP+), but upgrade the RAM to 4Gig, replace the scabby 300W PSU with a decent one, add a 512meg Geforce, and replace the very old HDDs with a 500 and a 320. I already have a couple of TB externals waiting to be used to archive all the data off my collection of drives that date back to 1995 (I think I've got the ASLML from 1995 to 2001 archived amongst them).

As I'm not into PC gaming at all these days (CivIII, Quake 1-3 and the original 5 Close Combats are the entirety of my gaming library), I can easily make do with an FFR for this machine. As long as I can get decent speed VASL/VASSAL using dual monitors I'll be happy. Bought myself a new Samsung colour laser printer so I can print out some winterised boards for ASLOK.

Of course I couldn't spend money on the PC without more catching up on ASL stuff, so I picked up Boards 49 and 51 from Scott B @ Gamer's Armory, along with a few scenario packs I just had to have (Melee Pack III, Friendly Fire #1, Bracchi Hills, Purple Heart Draw and Rally Point 2). I grabbed Fo3R: Berlin from Aaron @ Noble Knight and OC/BTB2 plus that damn elusive ASLRB2 from Stephen @ warchest. Almost there now, just have to get Mounted boards 48 and 50 for AOO to have complete mounted set pre-Hakka Paalle.
Posted by Peter at 11:10 PM No comments:

The Pre-Reg is done, Maaan!

Okay so I've done the pre-reg Paypal thing, bought the T-shirts and made my Mini-tourney selections.

I was originally going to be staid and safe at my first ASLOk and keep to the basic ASL themes, but instead I've gone with setting first chouces as anything involving PTO and Japanese. I've had Code since about 2 years after it was published (I actually managed to acquire Gung Ho first due to availability issues) so it's long overdue for me to immerse myself in all things PTO. I've played a few PTO scenarios over the years against Knowles and Cleavin (usually getting my head handed to me by both) but it'll suit me to try and maintain a core theme throughout ASLOK. Of course this means I'll have to actually read Chapter G (but then again, Panji stakes and caves can't be that hard to master right? Insane cackling is permitted at this point.

Oh well if I can find a decent copy of Watchtower I should be okay.
Posted by Peter at 11:07 PM No comments:

So I'm slumming on VASL 'cause the Cleavinator emailed me and while I'm watching poor Damon's dice cause at least 4 escalating PMCs on himself against Aaron in Vienna Woods, Aaron whispers something about Blood and Jungle. Not really paying much attention to B+J because I'm still waiting to pick up Operation Cobra and Beyond the Beachhead 2 first, but now Aaron's saying it's freaking awesome and available locally from Warchest! Oh gawd, just as I got my annual bonus as well. 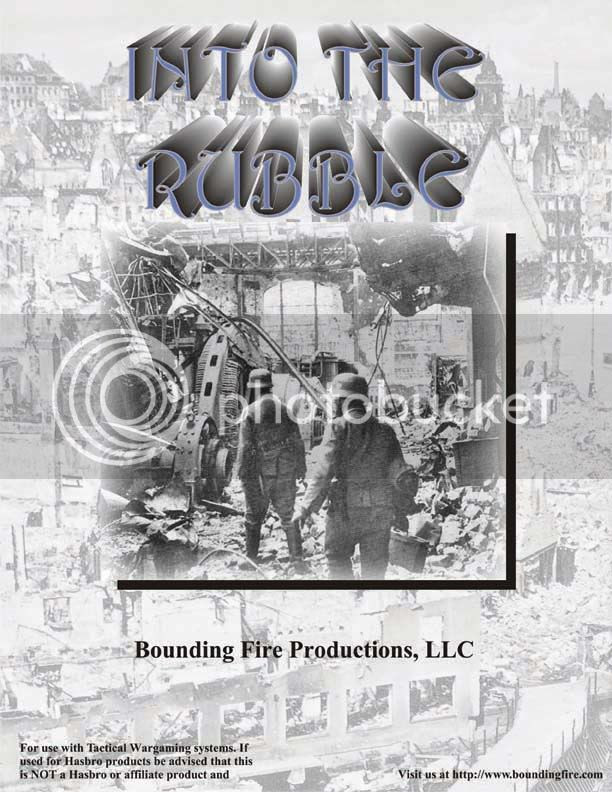 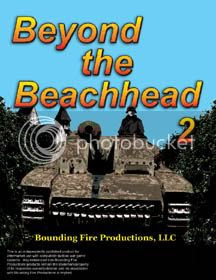 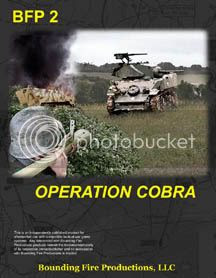 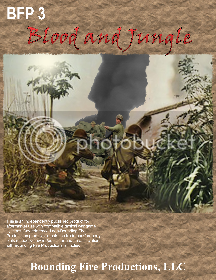 So I'm now up for a shedload of expenditure from one TPM this month. And next month it's LFT and then HOB. And I still haven't found a copy of Orsha!

I think I'm going to be on a PTO kick this year. Watchtower was really good (haven't been able to find a copy yet) but I want to try a little more and really grok PTO properly. Seems a shame to have Chapter G for all these years and not really pay attention to it. Blood and Jungle looks as nice as Into the Ruins which I was really impressed with.
Posted by Peter at 9:48 PM No comments:

I love the smell of new counters in the morning. It smells like...victory!

I’ve been a bit forgetful in terms of ASL lately. All my focus has been spent on plotting and planning my attendance at ASLOk. This would be okay if I was actually playing ASL at the Bearz or via VASL, but I’ve been too tired after work to play, even when I don’t fall asleep on the train and miss my stop. It’s not that I haven’t been thinking about ASL, just actually playing the game has been an issue. In the interim,  a fair bit of ASL stuff has arrived on my doorstep in the last 4 weeks, notably so with Doomed Battalions which contained even more ASL goodness than I had thought possible. LIke Valor of the Guards, it’s an impressive amount for the money. 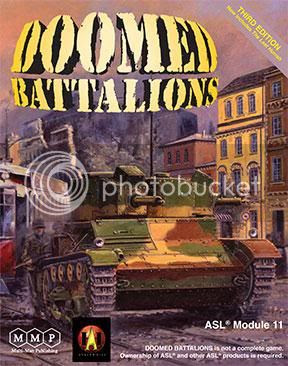 Midway through last week, I had another MMP box delivered. This was my much-anticipated February order of the limited printing Winter Offensive 2010 ASL for ALS bonus pack. Really it wasn’t so much the bonus pack, but the additional items I ordered to defray the postage charges that was the source of my joy. Two Starter Kits (1 and 2), Starter Kit Bonus Pack (Bocage), the one Action Pack I didn’t have (Few Returned) and a scenario pack (Turning the Tide). In itself that’s a fairly sizable gap that has been filled in my ASL collection.
I’d been fairly non-committal about the new SK manufacturing style of the boards, and a little less than enthused about the actual SK boards themselves. However I’m a huge convert now (having just compared the portability of my SK style boards directly with a similar number of the old mounted boards. Being able to fit so many boards within a single SK style box is certainly a bonus. I just have a lot of counter trimming and organising to do and definitely it’s time for RAACO!
The Raaco order will have to wait until after ASLOk, due to budget considerations. Sadly it’s the ideal time to be purchasing from UK & Europe with the strength of the Australian dollar vis à vis the Euro and Sterling.Otherwise I’d be grabbing a double sized Raaco setup for my ASL now. I shall make do with a couple of planos for my Starter Kit setup as that’s about all I want to take with me to ASLOk. A small folder of scenarios and pre-printed VASL maps will round out the deal.
Still to come this year in terms of ASL pre-order goodness are Journal 8 (my card’s already been charged), ASL Action Pack 6, Starter Kit Expansion pack 1 and hopefully the reprints of For King and Country, Journal 2 and Starter Kit 3. Add in a few more catch up purchases and 2010 is definitely my ASL year.
Posted by Peter at 10:56 PM No comments:

Apart from DB3 which arrived a few weeks ago, there hadn't been much in the mail from MMP due to the weather interfering. Last Tuesday a large box arrived with the WO10 bonus pack (my primary order). The box was necessary as I also took the opportunity to purchase Starter Kits 1 and 2, Action Pack 3, the Starter Kit Bonus pack and Turning the Tide. Not many gaps left in terms of completing my official stuff now. I'm definitely grabbing BV3 now and FKAC when reprinted. J8 looks to have finally been charged to my card, so after that it's just J2 reprint and AP6 to arrive of my ASL preorders that are in production. 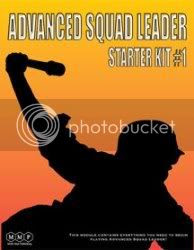 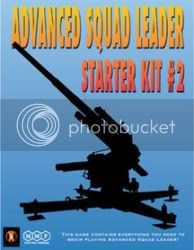 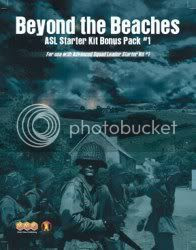 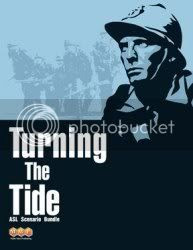 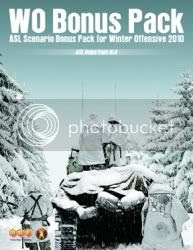 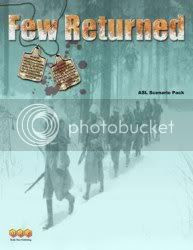 I do like the look of the Starter Kits. Once BV and FKAC arrive I'll have a serious amount of the SK boards - I may end up with another copy of AoO anyway because I went cheap and got the AoO mapless version in the expectation the SK map pack would be coming out soon after. I might just have to bite the bullet and make a Raaco order, the AUD is really strong vs the Euro right now and my bonus came through rather nicely.
Posted by Peter at 9:27 PM No comments: