Here are some pics of the various maps: 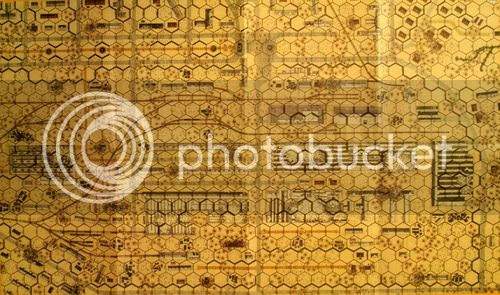 This is the reworked version of the Dzerhezinsky(sic) Tractor Works map, as you can see it has a yellow clay tinge to the map rather than the familiar Red Barricades brick-dust look. Unfortunately for ASL players, Critical Hit's superb quality assurance came to the fore and they shrunk the hex sizes to 3/4 inches across so they could fit the map on one sheet. Brilliant decision guys, for a game that will end up with some of the most counter intensive scenarios around. This is one map where the expense of getting the mapsheet enlarged is worthwhile. I'd say that the best way to do this is to enlarge it by 33% so you can match the RB sized hexes, as Don Petros most likely worked to the same hex size as Charlie Kibler. What you won't notice is that very original map is wider by four hexrows (the rework begins on the D hexrow) and 9-15 alternate hexgrains. Outside of a few coordinate changes in the setups (and they got them wrong) CH didn't alter anything in the scenarios - really tells you about the playtesting doesn't it. 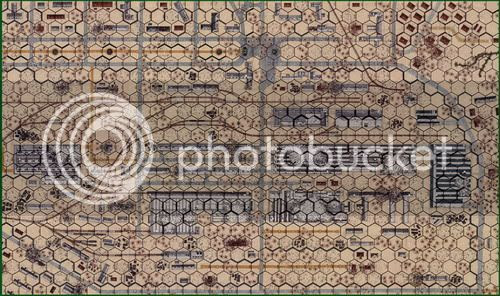 This is the reworked map from Valor of The 37th Guards (yeah CH, you're real original in your titles). As you can see, the colour is closer to RB in style but again there are some issues with the map. Personally I actually prefer the original scope of the DTW map but the new Vot37G one works as well. The good thing is that I think you actually get both the original 3/4" hex map and the revised, smaller area RB style map in Vot37G for all of $15 US. Don't buy from CH, they're gratuitous on shipping. 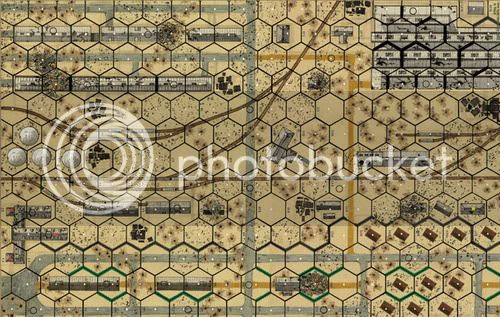 This is the actually the map of the Stalin's Fury module from CH, which is a modified version of the infamous Grain Elevator mini-CG from the 1997 Stalingrad Special Edition. From all accounts, the CG is a complete crock but the map as you can see is pretty. Such a shame therefore that CH dropped the ball (again) when it came to actual playtesting/design. Oh well at least it gives me something to tool around with regarding designing a CG.
Posted by Peter at 2:24 PM No comments:

The reason for looking at getting Stalingrad after years of hmming and hawing about it is that I've decided to undertake a long term project for Advanced Squad Leader. With Valor of the Guards due in July or August, and having played a couple of scenarios on the Red Barricades map, my interest in ASL Stalingrad has been piqued. I've always intrigued by Critical Hit's Dzerzhinsky Tractor Works product, despite the noted flaws with it and the Grain Elevator mini-module. I've decided to look at turning my hand to fixing DTW and the GE,even if this means designing new CGs and scenarios from scratch. 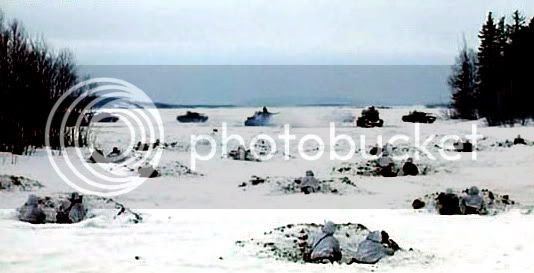 This is very much a long term project (gee, I'm really good at planning these and lousy at completing them) but with no time pressures I can obtain the necessary reference materials at a sustainable rate.
Posted by Peter at 2:18 PM No comments: