Once more into the rubble...

In Australia, Jason Marks has a small limited edition publishing house that specialises in books on Stalingrad. The range of titles is very small, but the books are some of the few available that deal with the small unit operations within the city, given the destruction of many of the records and the very few survivors from the Kessel.

I'd been after his Death of the Leaping Horseman book ever since I heard about it, but for a while there it was only available on the second hand market for around $200 USD which was just too much for my blood. However the other day, while looking to spend money on research materials, I found he'd reprinted it and I could pick it up for AUSD$80. Oh yeah that was very much in my range again. I also picked up An Infantryman in Stalingrad, a detailed and very interesting reminiscence of the combat experiences of a leutnant in the 94. Infanterie division who took part in the battles for the Barrikady factory as well. 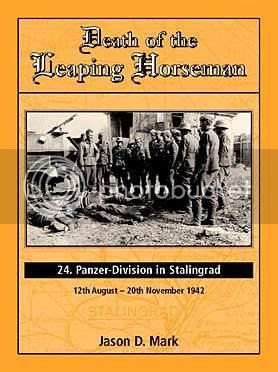 Given I've been on a Stalingrad kick for a while (with varying levels of active work) it was an easy decision to make. I'm still to pick up the latest book, which is another $80 AUSD on the barrikady fighting, but it will come. Anyway this interest in oparticularly the factory fighting arose out of the ASL historical module Red Barricades, which focuses naturally on the Barrikady complex and the period in October November 42 when the factories were progressively assaulted. I'd steered clear of the Stalingrad stuff for a while in ASL, purely because I doubted I'd ever get to do another Campaign game through lack of time and opponents. However while working on the Flames of War Stalingrad book, I found myself looking again at gaming small parts of the fighting using FoW and ASL. 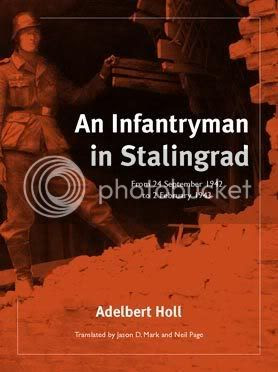 To cut a long story short, the books arrived on Friday, and I've been picking my way through them occasionally as it suited. There's so much detail there at the tactical level, one sees the composition of a particular German assault group down to individual weapon loads for the soldiers. The best thing about the books is that they're based on the actual extant primary source war diaries and corroborating evidence wherever possible, and in the case of the memoir, egregious errors have been corrected but the original errors are footnoted and explained. The only quibble I have is that the maps are just a tad too small and could have been redrawn to give more clarity, but some of the private collection photographs are outstanding, particularly the ones shot while on the approaches to to the actual factories.

I'm now impatiently awaiting the release of Valor of The Guards and the Red October modules from MMP, just to see what the scenario listing is like and how they match up with the descriptions in these books. I don't think you'lll see me trying to build terrain for them anytime soon, at least not until I'm in Aussie myself and have a decent amount of room to store and build the modules, but there's some real incentive to get it right.
Posted by Peter at 3:21 PM No comments: