The Upside to Moving 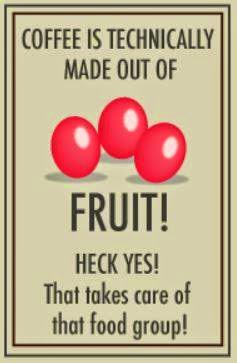 There are many upsides to the new place, but something that meshes with my previous post and encapsulates the change in my personal attitude is that I'm now far more comfortable about hosting games and even having a mini-asl event as the Cleavinator does over the New Year's break. Being able to prepare decent food ahead of time will make it far more of a pleasdant event than having to traipse out to buy food etc.

There are at least 4 ASlers up on the Central Coast, three of whom are currently active (counting myself that is) and I'm sure I can inveigle The Cleavinator up this way if I offer scotch or beer during summer. Definitely a late summer/early autumn or late spring/early summer timeframe. Plus if Neil of NeilBabble is available, I might shanghai him to fill out the ASL quartet and leave me free to act as Mein Host. Which also means I will not be alone in caffeine addiction.

Having enough room to play games in a convivial environment, and sufficient wall space to access all my books and games simply and easily is going to make a huge difference.

Speaking of coffee, I am splurging on a new machine...influenced by Mark Humphries, an ASL aficionado I met for the first time at Malaya Madness: 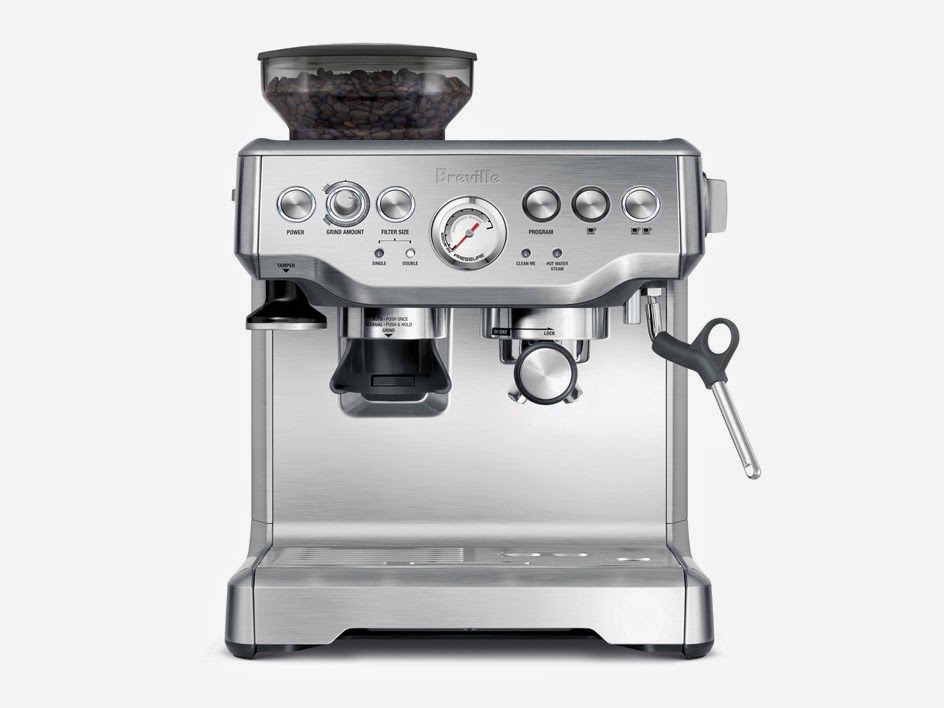 The Move is almost ready to begin, I still have to pack up the study which will take most of Wednesday night and Thursday morning before I pick up the keys to the new place.

One of the reasons I went ahead with grabbing this place despite not having Broadband internet as opposed to ADSL2+, was the kitchen and the lock up garage for additional storage/woodworking. I really wanted a reasonably modern kitchen in terms of appliances as I have rediscovered my love of cooking and most importantly lost the hateful issue of losing my appetite while preparing food. Defeats the purpose of cooking if you can't eat what you cook.

The kitchen below might be small, but hey, I'm a bachelor. Very improtantly the wall oven and cooktop are brand new. So new, they still have the instruction manuals inside the wall oven in shrinkwrap. Winner, winner, Italian dinner. 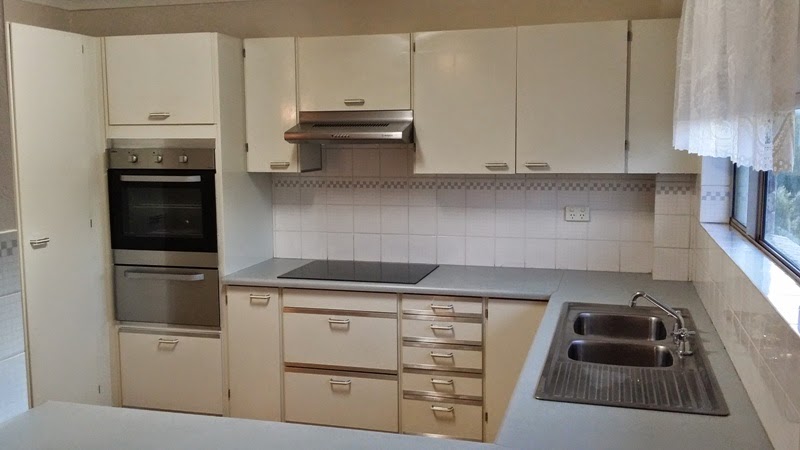 The picture below is about 40%  of my cooking library. A complete collection of the core Margaret Fulton cookbooks and the hardback Australian Womens' Weekly cookbooks, plus almost all of the original Graham "Galloping Gourmet" Kerr cookbooks from the '60s when taste was everything and cholesterol was not a concern (I am very blessed in that I seem to be able to eat such foods with no ill-effects at all). Plus there are a few choice selections from Jamie Oliver and Gabrièl Gaté (Taste le Tour from SBS), about the only two celebrity chefs of the modern era I bother with. 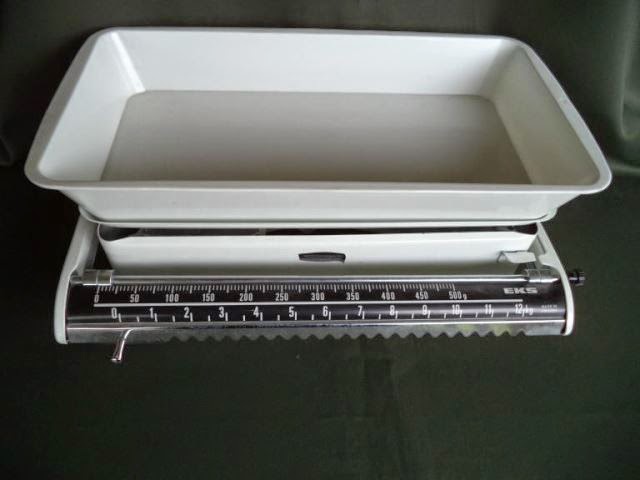 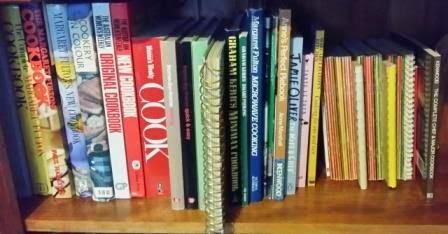 What are not visible are the Halogen/Convection Oven and Slow Cooker books that comprise a good third of my collection, to go along with the two items below, one very old school, the other a product of the As Seen on TV era: 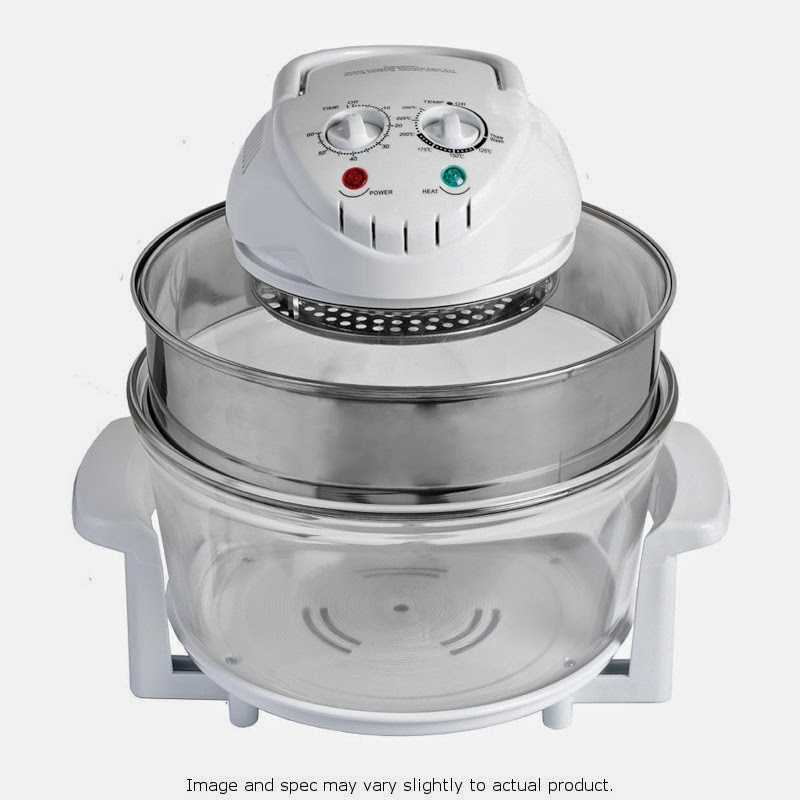 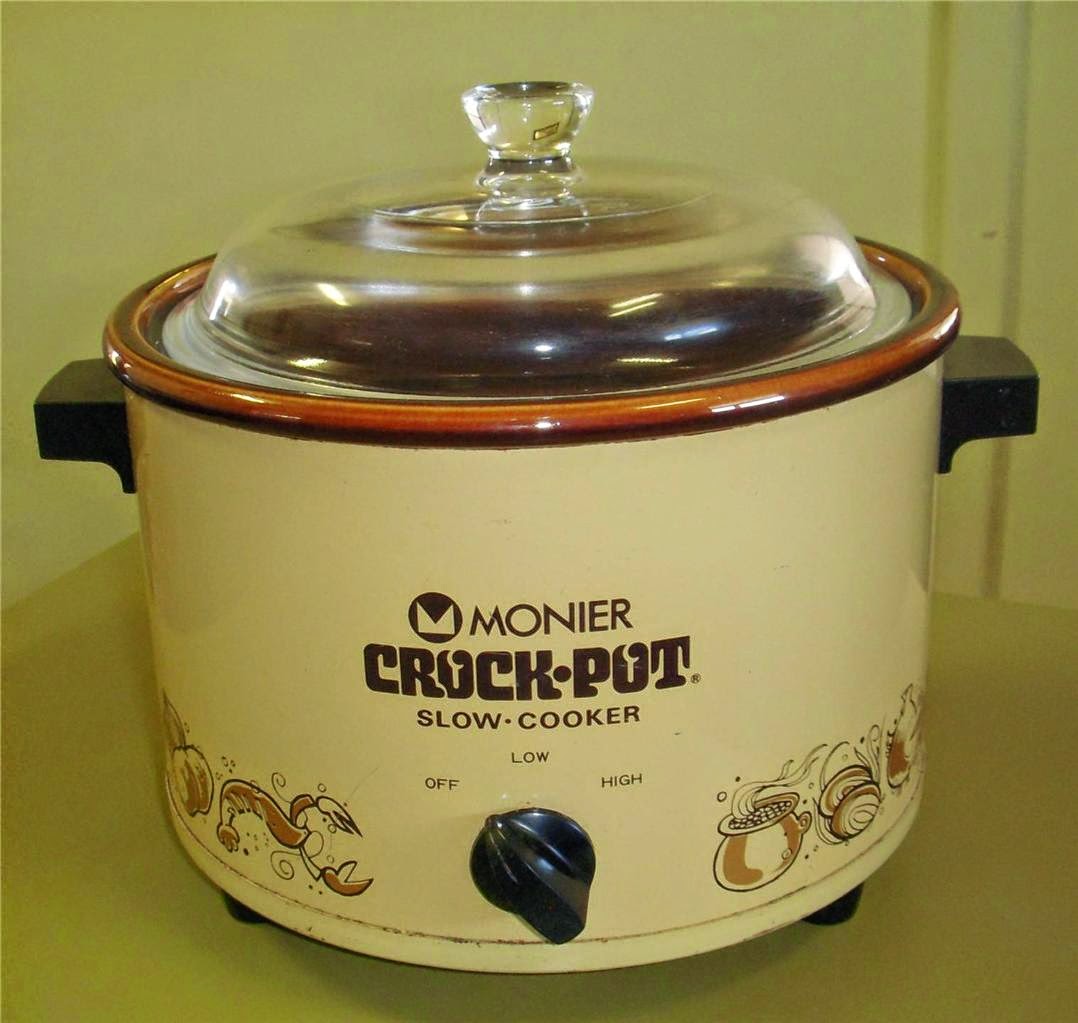 The slow cooker  or Crock Pot is one of the old school designs that allow me to turn it on first thing in the morning just before I leave for work and have the food just right by the time I get home, or have it running overnight so I wake up to the aroma of freshly cooked food on the weekends. Very important when I move to trying some traditional cajun recipes as well as when making preserves.

The Convection oven is there as an adjunct to the real ovens, but was bought initially because my old place's stove was a piece of cheap, nasty, seconds quality whiteware with no redeeming features whatsoever. Plus it had broken down to the point where it was almost unusable.
So that's the non-ASL stuff out of the way but something that will allow me to enjoy my ASL all the more by providing gaming fuel. 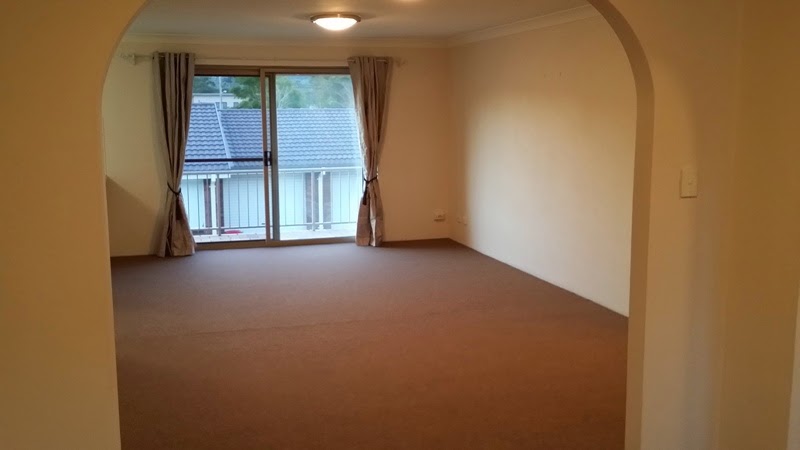 What you see above is the living room. Now the photo does not do the actual lighting of the room justice. When I inspected the place originally, it was on a cold mid-winter's late afternoon and yet the entire room was much much lighter than the photo shows.

The photo has been taken from the annexe, a room the size of my current study which is itelsef a large double bedroom in area. The annexe will be my gaming area, as there is enough room for the bookshelves and storage required for all my miniatures, plus a decent sized ASL gaming tablke will fit there and if I was really keen I could have a standard 6' by 4' miniatures table as well.

If anything I am going to be short on actual furniture initially, and there is enough space to have a few extra bookcases in the living area without compromising space for the Audio-visual setup I have in mind. The entire apartment is significantly larger than the current house I am in, yet requires no yard maintenance and is a miniscule increase in cost.

Oh and the place is insulated properly so goodbye to major rugging-up in winter and heat prostration in summer. I can definitely live here. 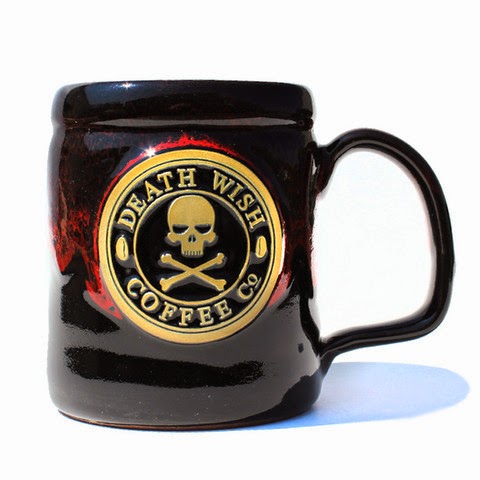 As I confirmed in 2010 at ASLOK XXV, travelling (one way) just under 15 and a half thousand kilometers to play ASL is a mission in itself. I found it really helped if I had a theme to aspire to in my scenario selection and Mini-Tourney selection.

In 2010, I focussed on the PTO primarily, with my mini choices being as follows:

Apart from the Sunday, I didn't get past the first round in any of the minis, so this year my goal is to get to the second round at least once if I can.

For practical reasons I'm looking at maybe going East Front/Early war only if possible ...this way I only have to bring the Soviet and German OBs plus system counters.

Wednesday: Rocket to Russia or CandyGram!(DCs)
Thursday: Blitzkrieg Bop
Friday: A Decade of Dezign Decadence (There is bound to be an East Front one ehere)
Saturday: Land War in Asia

I'll be playing in the World Cup from opening Sunday to Tuesday, which is where I intend to try and get 2 games only per day except where there's an opportunity to play some of the Euros who are hopefully turning up.

I've got a wishlist of North American opponents if we can match schedules, one or two being owed games from 2010 or arranged at that time: Matt Book, Bill Hayward, JR (wishlist), Steve Pleva (wishlist), either of the two half-squads, etc etc.

Now if all goes to plan, I should come away from ASLOK with about 20-25 games under my belt. I made sure I arrived earlier than last time just so I could shrug off the jet-lag that wiped me out previously. That and make sure I remember to eat often and well.

ASLOK XXIX and the rest of the news

ASLOK XXIX is a done deal!

In the end, my attendance at ASLOK XXIX was going to be a very close run thing. With the ending of a relationship, the subsequent upheaval and stress and then the termination  of my existing residential lease, it was not looking good.

Thankfully, things turned out okay. Sure I might be living on ramen and instant coffee until the day of my departure so I can have some spending money for ASLOK, but I have paid for the plane fare, the hotel is booked and budgeted for, and I also have a new residence that I will be moving into over the next 14 days. 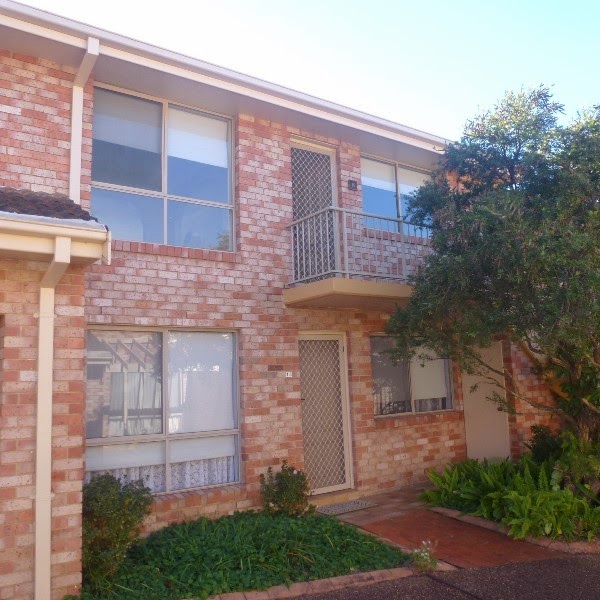 I'm treating this ASLOK as I should, a chance to recuperate mentally and spiritually after 6 months of chaos. Physically I'm still a bit of a wreck but having a 3 week holiday, most of which will be spent with good friends at ASLOK, will do wonders for my health. 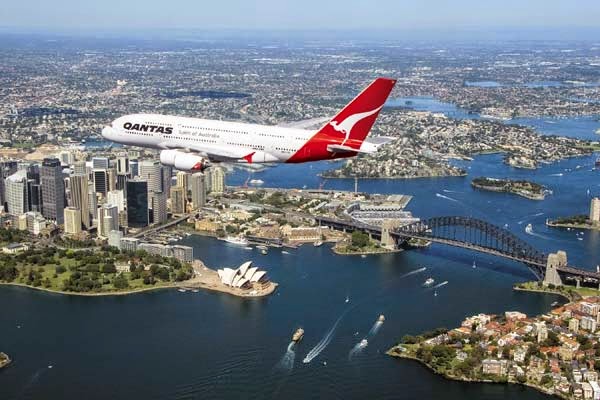 I'm turning up in Cleveland at 10pm on October 1st, and will be ready to gun from the next morning/ afternoon, depending on whether I can get some shopping done (travelling to the US means I will be obtaining some items that are almost impossible to find in Australia anymore, such as US sized page protectors, perhaps some Duratool Raaco knockoffs, and some software/hardware for my PC) and how my discretionary funds are holding out.

My ASL shopping list for ASLOK is pretty much set:

I may not be able to afford all of the above in one hit, but I will do my best.